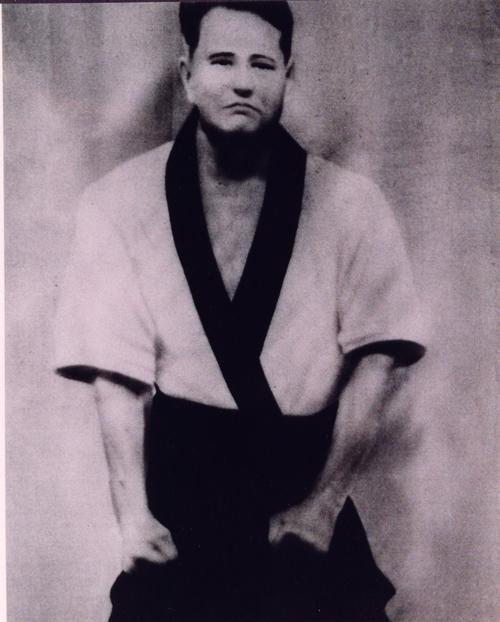 Master Miyagi was born in Naha as the son of a wealthy businessman.  He began his study of karate at the age of 9.  In his early teens, he became the student of Kanryo Higashionna and underwent a long and arduous period of training in Naha-te Karate-do.  He later studied the Shaolin and Bagua systems of Chinese boxing in China.  From the blending of the hard/external style of Shaolin, the soft/internal style of Bagua, and his native Naha-te, a new system emerged.  In 1929, Master Miyagi named his system Goju Ryu Karate-do, which means “Hard-Soft Style”.

Although Miyagi’s reputation as a karate master was enormous, his greatest achievements lie in the organization of karate teaching methods.  He introduced karate into schools and other fields of society.  He also developed the kata Sanchin to teach the hard aspects of Goju Ryu and created the kata Tensho to teach the soft aspects.  These kata are considered to be the essence of the Goju Ryu style of Okinawan Karate-do. Master Miyagi was a man of extremely mild temperament and it is said that he was a very humble man.  He lived according to the principles of non-violence in traditional Okinawan Karate‑do.